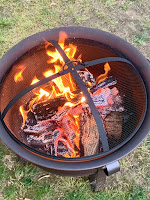 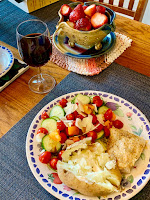 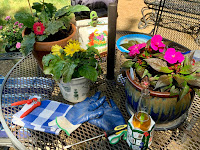 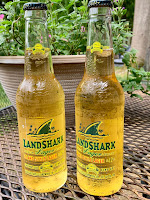 August 4, 2019 – It’s been a week filled with a lot of emotion and humility. Mostly it’s been many highs with just a couple of lows. As cliches go, it’s been a whirlwind. I guess I’ll begin at the beginning:

During the prior week, we celebrated my six-year metastatic melanoma (Stage IV) diagnosis. Obviously, it’s a bittersweet celebration, but as long as I’m still around to celebrate – I’ll take it. Here’s an old post from the first year anniversary (July 2014 anniversary).

On Monday, July 29th, we saw my cardiologist for my six-month visit. It’s been a brutal summer here in Memphis, and the heart meds – along with Gleevec – have done a number on me. Tired, fatigued, dehydrated, etc. My heart doctor says that we should stay the course with my medications. In other words, get through the rest of summer and then we’ll re-evaluate his cardiovascular cocktail in December.

Tuesday, July 30th, brought me a sense of relief. With the help of my editor and friend, Jayden Terrell, I completed my novel manuscript sample and submitted it for agent/editor review. The agent/editor critique will occur during the Killer Nashville International Writers Conference, which will be held later in August in the Cool Springs area, just outside of Franklin, Tennessee. I’ve been writing this book – off and on – for almost ten years. Wish me luck.

Wednesday, July 31st, I took part in a video conference panel on living with melanoma sponsored by Skincancer.net. It was both an eye-opening and humbling experience to share survival stories with other melanoma warriors.

Note: Skincancer.net is part of the Health Union family of online support communities. Earlier in July, I became a paid contributor (known as an advocate). My work will appear on their website.

Later that afternoon, I found out that my melanoma journey story was published online by Coolibar Sun Protective Clothing. My skin diary story is now on a national website along with survivor stories by Holly Rowe of ESPN and Nora O’Donnell of CBS News. To say that I was psyched would be an understatement.

On Saturday, August 3rd, was the Miles for Melanoma – Memphis (5K) held at Shelby Farms Park. The run/walk is an annual fundraising event for the Melanoma Research Foundation (MRF). I am highly involved with the MRF and their various advocacy initiatives. This was the fifth year that I participated in the Memphis race. It will likely be my last year of active involvement in this event.

To top off a crazy week, I was recognized by the MRF for my fundraising efforts. Another cool, yet humbling, experience.

Let’s hope next week is a little more calm.