Heart to Heart: A Year-end Reflection

December 31, 2019 – It’s been a year. Man, has it been a year! Like many folks, the end of the calendar year brings reflection and remembrance…and, perhaps, a little remorse. For me, even the month of December brought a flood of new experiences along with memories from the prior year.

I decided, in an indirect way, to have a heart-to-heart talk with myself. Maybe this time I’ll listen.

Two more feature articles (see screen shot below) were published online this month (December) at StoryBoard Memphis. While I’ve enjoyed writing these stories along with researching and learning about my subjects, feature writing has taken me away from my true writing love – fiction. So, at some point in 2020, I want to block out enough time to finish my novel.

It’s been one year (December 21, 2018) since I had a heart attack. I wrote about my experience last year at this same time (see All I Want For Christmas…). Life has changed, life has stayed the same, and, as we all know, life moves on. My heart attack was essentially genetic, but I’ve got to continue to take care of myself – like all of us – in order to prevent any more issues.

In an ironic twist, on December 21st (2019), Skincancer.net re-shared one of my blog posts (A Walk in the Park) in their Facebook feed. It’s one of my favorite pieces from 2019 with a very simple message: nothing in life is a walk in the park. 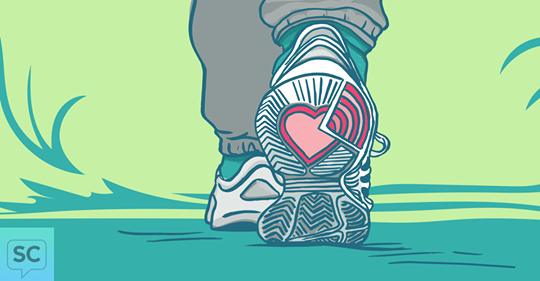 One definition of survivor’s guilt states that someone may feel guilty – as though he or she has done something wrong – because they have survived a traumatic or life-threatening event when others have not. Those of us who deal with cancer walk a tightrope of emotions, and survivor’s guilt can rear its ugly head at any moment – especially during the holiday season. I previously talked about my own guilty feelings in the post An Emotional Morning.

That guilt and pain took center stage right after New Years when I found out that yet another friend had died from cancer. This friend and I shared the same birth date (May 20) and with his passing the close-knit blues music community (national and international) lost a great advocate.

Reflecting on Another Year

I’ve grown tremendously this past year – both as an advocate for skin cancer research and melanoma prevention and as a writer with several published stories to my credit. One of my big successes -under both advocacy and writing – was a piece published (online) nationally by Coolibar Sun Protective Clothing. As it turned out, the original story (from July 31, 2019) was re-shared by Coolibar on Facebook on December 30th.

It’s been five (5) years since my mom died, so 2019 ended with an anniversary that no one wanted to celebrate. I’ve written two posts about her decline from dementia and her passing. My dad still misses her very much, of course, but it’s a sad way to ring in the new year…any new year. 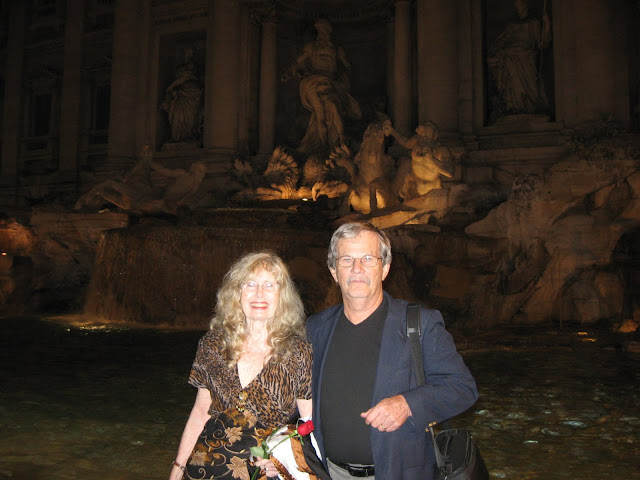 As of today, it’s been three weeks since I started my drug treatment. There’s nothing new to report. As I’ve told several of you, some days I’m doing just fine and other days I’m just plain tired. I have some soreness and a little bit of pain now-and-then, but nothing major. This end-of-the-summer heat has been brutal, and I can tell (as I’ve mentioned in other posts) that the excessive heat and my drugs don’t “mix” well.

So, I stay inside most of the day. I try to write, I update Facebook, I putter around the house with little projects, and I continue job hunting – although my motivation to job hunt waxes and wanes like the phases of the moon.

Which brings me to what else I’ve been doing this summer…giving back. This past week was an especially busy week of volunteering. Even before I got sick, I have always been big on volunteering. In fact, I think back to my days in college and vividly remember being involved in service projects with my fraternity. After college, I continued helping out whenever or however I could. It was after Vicki and I got married and moved to Memphis, however, that the volunteer bug really bit me. For many many years I helped out at church and in the community with a variety of efforts that are too numerous (and too boring) to detail. Let’s just say that I did my fair share, although there are a lot of folks who have done much more volunteering than I could ever imagine.

This week I spent a significant amount of time helping out with several different charities.  Last Thursday (Sept. 5th), I spent half the day putting flowers into boxes. Not just any flowers, however.  These were big, plastic spinning-wheel flowers for the Alzheimer’s Association. Saturday was the annual Walk to End Alzheimer’s here in Memphis. The flowers were for the Walk’s Memory Garden. Participating walkers received a flower to designate who or why they were walking. Most of you know by now that Alzheimer’s is the leading health issue for the elderly, and experts predict that in just a few years 1 out of every 3 persons over 70 will suffer some form of dementia. For me, this cause is especially personal since my mom is quickly losing her battle with dementia. Her mental and physical health have declined significantly in the past 18 months.

I also helped out for a few hours on Saturday (Sept. 7th) at the Walk. I don’t think I’ve ever seen so much purple! I got to direct traffic, which was okay at first. But when people are showing up 10 minutes before the walk is to begin…that’s not fun. (Think Kevin James in Mall Cop.  That’s how I felt towards the end of my shift.) Giving back, however, is not about fun – it’s about doing your part. Which brings me to my other volunteer adventure.

On Friday (Sept. 6th), I volunteered for a very unique fundraiser – the second annual Clays for Kids tournament to raise money for the Ronald McDonald House of Memphis. Yes, a clay shooting tournament fundraiser! Only in the South. I could not believe the turnout! And these folks were serious about their clay shooting. It was a great afternoon, but, as I mentioned previously, it was held (of course) outside, and it was hot, very hot.

I enjoyed working this event and meeting a very different group of people. No, the participants were not all bubbas, and most were really friendly and approachable. It helped me to remember that everyone deserves to be judged on their actions, not on how they look or our own perceptions. What’s that saying…”never judge a
book by its cover.” Very true.

Finally, giving back this past week reminded me that everyone has a place in this world, and it’s up to us to recognize what’s truly important – being there for others. Whether it’s being a good spouse, parent, or friend, we all have a place that is our own. It’s simply a matter of figuring out where we belong and where we can be most helpful, as all of us – myself included – continue life’s journey.